GUARANTEED Lowest Prices In The Country On Paper, Toner, And Office Supplies.

Call And Connect With Your Dedicated Sales Rep Today!

Compare our pricing on the top 500 best selling office supply products against our competitors to see what you can be saving today!

If you are in charge of buying office supplies, you know how annoying it can be to have to search around for the best deals on office products. Every time you check online it seems like the prices are always changing. You know what a fair price is for basic office supplies, but are you getting the absolute best price? Unless you’re working with an office supply warehouse that will give you a guaranteed price on wholesale business supplies, there’s no way of knowing if you’re getting the absolute best deal.

Why not just avoid problems like that in the first place? When you work with United Imaging, you know you’re getting the best price every single time. In fact, we constantly monitor the price of our competitors — companies such as Office Depot, OfficeMax, Staples, and, yes, even Amazon — to be absolutely sure that we’re beating them at all times. And if we find that they’re beating us on a price, we’re going to match it or beat it. It’s as simple as that.

Sure, you could keep checking multiple sites to find the best deals, but we’re going to be honest with you: it’s a waste of time. In fact, we’re bringing up those big-name competitors because we have nothing to fear from them. We know we can beat them every time, usually because they’re buying from us and jacking up the price. Why not cut out the middleman? 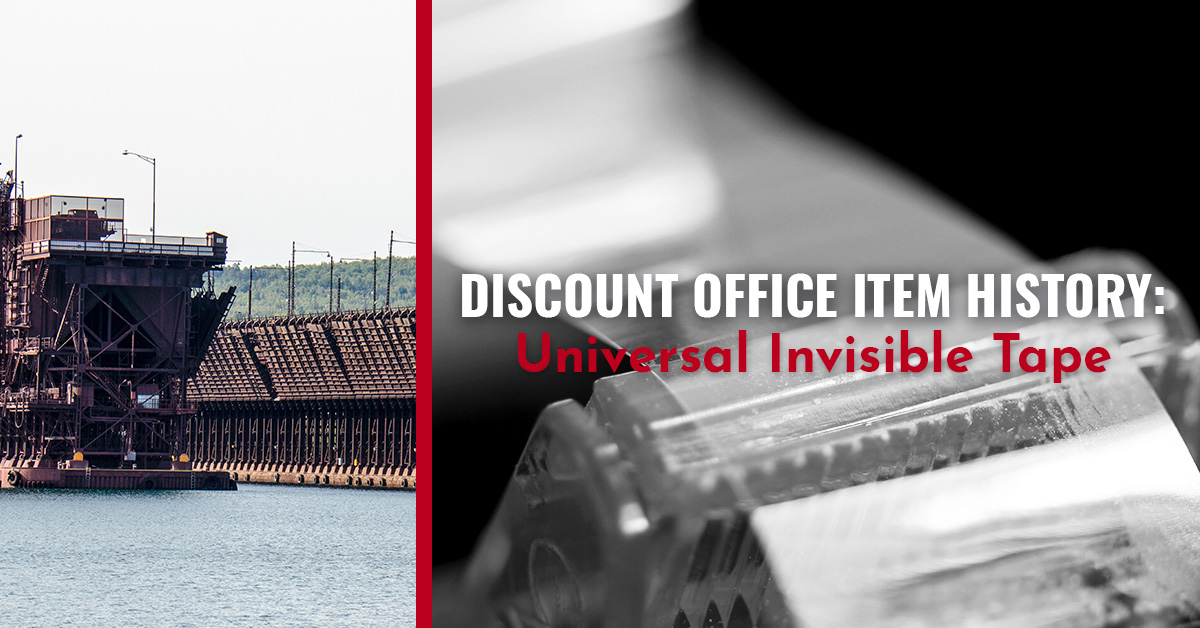 If you’ve ever watched a television show or a movie set a hundred years ago, you’ve probably noticed that there weren’t a whole lot of office supplies that the average person used. While some of their methods required multiple items — letter writing required sealing wax, after all — there were far fewer office supplies in a typical desk. There’s no copier machine, no piles of bulk wholesale copy paper, no computers, and no Scotch tape! How did they live without universal invisible tape?

Invisible tape, or Scotch tape as it was originally called (and still is as a brand name), has been around for nearly about 90 years. It was also one of the products that lead to the success of a major American company. Let’s take a look at where it came from.

In 1902, a new mining company was formed and named the Minnesota Mining and Manufacturing Company. They were interested in creating stones for grinding wheels, but when that didn’t work they moved on to sandpaper. With the creation of waterproof sandpaper and a metal-cutting abrasive cloth, they were in business. You might notice the repetitive letter M in the name, something that didn’t escape the notice of the owners. Yes, we’re talking about 3M.

Richard Drew was a college dropout from the University of Minnesota who then earned some credits in machine design via correspondence courses. In the early 1920’s he sent his application to 3M and was hired as a lab technician. While delivering automotive-grade sanding paper samples to a local car-painting shop, he overheard the painters complaining about the application of two-tone paint. It was incredibly hard to do, mostly because it involved gluing butcher paper onto the car in order to prevent paint from bleeding from color to the next. This glue left a residue, so Drew returned to 3M and spent the next two years developing a crepe paper-backed tape that would come off easily. Today we call the equivalent “masking tape.”

The name Scotch tape actually has some unfortunate roots. There was backlash regarding Scotch immigrants at the time, and one way in which they were derided was to call them “cheap.” At one point, a car painter with which Drew was working complained about the amount of adhesive that was on the tape and suggested that Drew’s employers were being Scotch with the adhesive. The name stuck, and the first Scotch tape was born, even using a plaid green and white tartan (which is there to this day, you’ll notice). There was even a cartoon kilt-wearing boy as a mascot starting in 1944.

Cellophane was a new invention in the 1920s that grocers were using to wrap food. Unfortunately for them, while the clean look appealed to customers, there was no good tape to use on it without marring the “clear” look they were going for. Drew headed up the team to create a clear tape that wouldn’t look bad on this cellophane. To match the look, he started by using cellophane itself as the base of his tape.

But the time Drew and his fellow scientists had created the tape, there was a problem: grocers had moved onto the newly developed heat-shrink cellophane. This eliminated the need for a clear tape. Luckily for Drew, and even more so for 3M, the tape took off as an excellent way to seal any package, from envelopes to Christmas presents.

Though they’ve made dozens of different types of tape over the years, including painting tape, pressure-sensitive invisible tape, and magnetic recording tape, 3M used the brand name Scotch for all of them. But when someone says “grab me some scotch tape” they’re almost always referring to the cellophane type and not the masking type.

Today, all patents have expired on Scotch invisible tape, so anyone can make it. In most cases it’s called universal invisible tape today, and you can get it from United Imaging for half the price of what you might find it for at Staples or Office Depot. In fact, we can help you get the best prices on all of your discount office supplies. And we can do all of the research for you to make sure you’re getting the best price available Contact Alan Comeaux at United Imaging today!

"I have worked with Alan for a little over 10 years. He has never disappointed me, anytime I ask him to get better pricing on a product he always delivers. It doesn’t matter how long we may take to make a decision, Alan is always there and ready to help with anything we need..." -Tiffany C. Voelcker, Operations Assistant 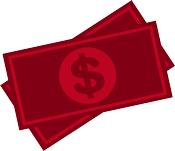 We offer upfront savings and you earn money on the back end as well. 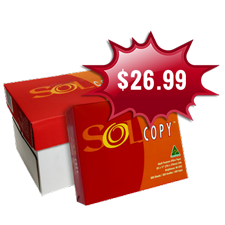 GET THE LOWEST PRICES

We offer the lowest prices on office supplies, call us today to see how much you'll save!